Change will come from the poor part of town; and not through elections.

Never Give A Sucker An Even Break: The EU Commission has fined a bunch of the usual suspects – Deutschebank, RBS, Citi, Societe General and JPMorgan – a total of $2.3 billion for swindling billions from hundreds of millions of people around the world by rigging financial benchmarks and interest rates. UBS and Barclays had turned state's witness and escaped with their bonuses. No executives were harmed in arriving at this judgement.

Inequality Grows: Germany continues to thrive, but France and Italy (and Spain and Portugal and Greece and...) are suffering “a downturn” or “continued recession” or “too damned much austerity”, leading to overall economic performance in the eurozone to be 'disappointing.'

Deere In The Headlights: John Deere – tacitly admitting it can't find anything useful to invest in - is bumping its stock buy-back program from $5 billion to $13 billion. The company said it expected that next year's sales of construction and forestry equipment to offset a slowdown in demand for agricultural machinery.

New And Used: The Census Bureau reports that new home sales in October jumped +25.4% from September. Median new home sales prices fell to $245,800, well down from the recent $279,300 price tag. Mortgage applications fell 12.8% in the last week of November – that makes five straight weeks of decline. Have the speculators left the buildings?

Contrary To What You've Been Told: Research shows that lower tax rates do not create jobs, do create millionaires.

Khyber Passé: Ongoing protests against U.S. drone strikes in Pakistan are fueling a non-violent blockade along its border that have now forced a halt to NATO military supply convoys heading to neighboring Afghanistan, a Pentagon spokesman confirmed Tuesday. It is feared that the Great Game continues, as US forces retreating from Afghanistan have found their main exit route blocked.

Exclusive Facts: Bill O'Reilly says that Jesus would not feed today's hungry because it's "their fault", and - he just knows -most poor people are drug users. Source? Bill doesn't need sources, he just knows. 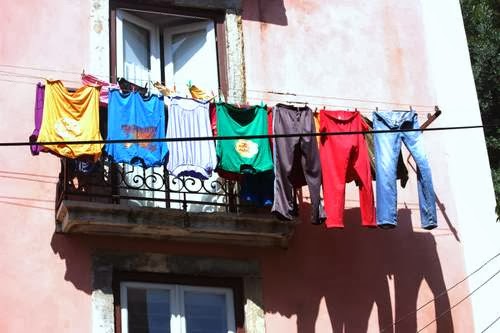 The right wing must feel so stabbed in the back by this new pope. They could always count on a pope to push the party line, but this guy is Liberal.
Now all the conservative catholics have to change gears, like Bill O, back to dissing the pope as out of touch with reality.

Reality does have a liberal bias, and conservatives will just burrow deeper into the sands of denial as they pretend to be concerned and/or relevant