'Now' is not permanent, we just think it is.
Last week's vacation found us in Philadelphia, at Independence Hall, on the first morning of the transit strike. We had tickets for the 10:40 entry and were disappointed when we arrived at 10:25 and found the group queuing up had 9:20 tickets.
An extremely helpful volunteer who was handling the head of the line recommended a couple of things we could profitably do and suggested we come back at our scheduled time. We did, amid a sea of middle schoolers with frantic teachers being assured by our helpful volunteer that all would be well, that there was enough slack in the schedule and enough people delayed by the strike that everyone would get in just fine.
So we stood there, a couple of old white folks among multi-colored, multi-cultural groups of middle-schoolers all anxious to learn about our nation's founding and the compromises that made it possible.. At first I thought 'this looks just like the UN,' and then my partner corrected me by pointing out that in fact those kids looked just like the real United States – the one Trump and his supporters do not like. 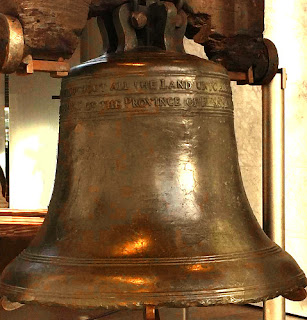 Drop by next week, we're working on an announcement.
Posted by Charles Kingsley Michaelson, III at 7:00 AM

No room for any Trump supporters in that America?
https://www.youtube.com/watch?v=GLG9g7BcjKs

Maybe I miss-judged you, so I hope I have the compassion of Jonathan Pie.

Nothing good comes from 'Invitation Only' events and naturally none of us are invited to the Nazi takeover that's being planned now.

Our Reichstag fire is coming.

Sidebar, relo advice: everybody has an opinion and I'm no different...dunno how appealing a 'life at sea' strikes you but dump the shanty and sink it into a live-aboard (sail powered...although today's modern sail handling equipment requires a considerable amount of electricity) and head for 'cruiser land'.

You will be [more or less] beyond the reach of vengeful government agents and unaffected by whatever disturbing government policies that may come around.

It's what I'd do if my partner were agreeable...and she ain't, maybe that's why the idea remains so appealing to me...

George - We've been there, done that. Lived aboard our 35 ft sailboat for the last few years of the Clinton regime, mostly in the southern Bahamas. It's a fine way to get away, but you gotta be less than 80... We quit when I turned 65, It sounds idyllic, but riding out a 50 -60 knot storm takes more than I've got anymore.

i am not ready to sign on to all the doom and gloom. anybody who sees the republican party as a monolithic organization has not been paying attention. there will be internecine fighting. and trump is an odd duck republican. if nothing else ,...with republicans controlling both houses , and all three branches of government, they, ultimately will get the credit (blame) for what ensues. i am inclined to believe things will get worse and worse and then get better. now is the time for us to take control of our state legislatures...build from the state level, up. and prepare for redistricting. don't loose heart. don't give up. power in america is defuse. trump can not rule with total impunity. there are many power brokers, and checks on his power and you, and i are a a vague thaoughtpart of that system.

CKM...you are a treasure and i sure hope your site remains a place where people with whom you have struck a chord can reflect on the most important issues of our day. you have shouldered a heavy load for a long time...im wondering if load sharing might be in order.
best regards
michael from olympia

Ah, then you know better than I, I'm jut seeing the picture painted by Distant Shores...while they show a few 'old salts', most of 'em are young like them.

Haven't put any new shows in the can in quite a while, wonder if they didn't reach their limit as well?

ah, the 'romance' of travel! {Short of a lottery hit I'll never see it!}