If either of them is the answer, we're asking the wrong questions.
Trace Evidence: A Honduran unit trained by US Special Forces was given the names and photographs of dozens of social and environmental activists and told to kill them. Some members of the elite squad refused to do so and deserted, but those on the kill list have been systematically killed by Honduran troops. The US continues to fund the junta and Honduran military with hundreds of millions of dollars. (If US fruit companies and such come to mind, so be it.)
Top Down: The European Project has always been a mostly unexamined dream by the elite piled onto the backs of uninformed and unasked citizens. The distantly grasped ideal was a Unified Europe of integrated nations, economically strong yet culturally distinct even as the member nation-states dissolved into the ether. Didn't happen. Isn't going to. And the euro itself is but the most easily identifiable bad idea, along with the substitution of technocrats for citizens. It will not – no matter which way the British vote – not last forever, or even all that much longer.
The Tide Rolls On: DA Jerry Jones says he is not going to prosecute a couple of Alabama football players because they are Alabama football players, “who have spent their adolescence and their teenage years working and sweating while we were all home in the air conditioning."
Watching, Waiting: The Pentagon, through DARPA, wants to develop “tools” to use on the Internet to combat unspecified enemies through various social media platforms and websites to identify and counteract 'lone wolf' individuals who may at some point take up arms against imaginary evils. Soon it will be difficult to know if you are being mislead by ISIS or manipulated by the Pentagon. Since 9-11, and the introduction of numerous pieces of draconian legislation ostensibly aimed at combating terrorism, the agencies charged with surveillance and law enforcement have not managed to prevent any attacks. One could reasonably ask what exactly legislation such as the PATRIOT Act is really intended to accomplish, as it has done nothing for our safety.
Weakness Is Strength: Just as Congress decided after Saudi-financed young men flew airplanes into the World Trade Center that in order to prevent a repeat of that tragedy Americans had to give up most of their personal liberties, don't be real surprised when the aftermath of the Orlando tragedy will be the loss of even more privacy to the police surveillance state… for our own good. Not to mention NRA contributions. It does not matter who or what becomes President next, the march to total police state will continue.
The Arbiters: The Supreme Court, absent a vocal Justice Sotomayor, has decreed that the Constitution is null and void if violating its provisions can lead to a conviction.
A Parting Shot: 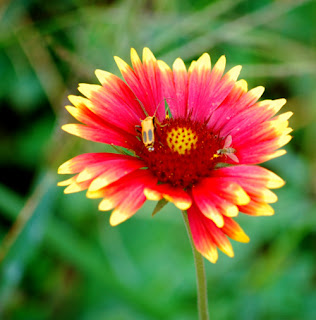 Posted by Charles Kingsley Michaelson, III at 6:58 AM

Particularly depressing today. Or maybe, it is more of the same - creatively delivered, I might add - and I am more depressed about the state of the world today. I appreciate you efforts to inform. Thanks.

The Constitution, the Magna Carta...I'm not a knowledgable enough legal scholar to list what else the 'my way or the highway' crowd has shredded either in the pursuit of profits (anti-usury laws) or lynching suspected enemies of the state (Habeus Corpus) or 4th amendment protections against unreasonable search & seizure or to escape prosecution:personal...

Know for a fact that we have not enjoyed 'the rule of law' since LBJ abdicated. Which has morphed into the 'rule of those who make the laws' and it's ugly cousin, 'I'm the law around here and what happened last time has nothing to do with what's going to happen this time!' [Or 'what part of what I say goes' don't you understand?]

Which, for those of you who are unaware that what's going on not only has a name but that term also has its own TV Show, I give you Tyranny, or 'rule by tyrant'.

As the world becomes more Orwellian [didn't think that was possible, did ya?] we are witnessing an increased, er, 'eagerness' to prosecute on the basis of 'intent' (even if it is taken out of context. What eight-year old doesn't have violent thoughts?)

When I was eight years old I spent my afternoons locked in [imaginary] mortal combat with either Native Americans, Nazis or their Ally, the Japanese.

Then I found a plastic figurine of a Native American among my sons toys and marveled over the fact that it had not once occurred to my son to kill that Indian.

Then it hit me how TV had brain-washed my entire generation...and that it was still doing it today.

agent colleen rowley was refused the warrant to look at a 911 perps computer and was denied
http://www.apfn.org/apfn/wtc_whistleblower1.htm wanted to look at the hard drive of a t suspect and was refused.

FBI had a paid informant living with two of the 911 hijackers way before it all went down
http://m.nzherald.co.nz/world/news/article.cfm?c_id=2&objectid=11627648

Russia had wormed the FBI that the boston bombing brothers from tajikistan were a threat…but to no avail
http://www.nytimes.com/2013/04/26/us/russia-told-us-bomb-suspect-was-radical-islamist.html?_r=0

and this morning on NPR there was an interview with a muslim leader who said he too informed on mateen before the tragedy. (ill post the link when published)

so ask your self…what is wrong with this picture ?

We're always going to have "lone wolf" nut cases -- people who are in need of mental health care, people who for one reason or another feel compelled to take drastic violent action on their own. In Mateen's case, he appeared to me to be a narcissist who couldn't decide on his own sexual identity, but, based on his Muslim background decided to make a huge name for himself as a slayer of large numbers of LGTBs. Thus his own personal gender identity would be solved in one fell swoop by suicide by police.

The shooter of Gabby Giffords also had mental problems he couldn't resolve and so took a similar stance to solve his problems by shooting a public figure so as to commit suicide by cop. The Boston Marathon bombers chose a public venue to kill people even though they had only tenuous connections to Muslim groups and only vague plans as to what they would do after their initial attack.

I'm not sure we will ever be able to guard against these "lone wolf" killers. Few of them seem organized, the attacks are spur of the moment, they have no real follow up plans whether their attacks are successful or not. How can you plan against an attack that was only conceived the day before and that, most of the time, are perpetrated by fewer than a handful of people?

The only way to limit the carnage seems to be limiting the size and number of automatic weapons and number and sizes of cartridges the "lone wolves" can access in a short amount of time. This would limit the number of casualties at any given "event," but would not stop the "event" altogether.

More sophisticated attacks, such as the Oklahoma bombing, the WTO bombing, the 9/11 attacks, etc. require larger numbers of people (thus more chances of leak of information), larger quantities of munitions and/or material, planning of the event both before and after, and possible escapes and/or follow up "events." Therefore it is possible and probable that some sort of intelligence could be gathered and possible prevention or containment could be engineered. Law enforcement could develop strategies to stop these sorts of events or to at least identify/capture participants, possibly prior to the "event" taking place.

It is unrealistic to think that constant monitoring of civilian communication such as emails, U.S. Post, or telephone calls would uncover activities of "lone wolves," who, by definition, act alone and on impulse with little or no specific planning other than acquisition of an automatic weapon and some ammo, unless the moment an automatic weapon is purchased (along with additional large amounts of ammo) that info is immediately related to law enforcement and the suspect is immediately followed and/or apprehended -- action that is currently unconstitutional.

Sadly, Classof65, apparently the FBI was given plenty of warnings, but they were either not concrete enough to give them power to act, or they simply had so much on their plate from all these data sifting exercises (that they have to justify to keep the money flowing) that the traditional methods of acting on public informants (vs. informants on the pay roll, who set people up for a high probability of sucessful conviction) doesn't recieve the attention it should.

The other real problem with this business is civil liberties. Thought can only be a crime after the act, otherwise nearly all of us would be guilt of attempted murder. No fly lists are part of that stripping away of these protections against thought crime, or worse, disguising racism/ethnocentrism disguised as thought crime.