It's hard to know what's important, until afterwards.

Slip Sliding Away: Ukraine can avert an all-out civil war only if it can find a way to satisfy the demands of all of its various regions. And in that several regions want nothing to do with Keiv, civil war seems unavailable. And with Russia backing the seperatists and the US and its toadies backing the neo-Nazis currently in power, escalation seems inevitable. Ukraine shutting off the water to Crimea isn't going to help things.

Goal! So far, nearly 1,000 workers – mostly foreign laborers from SE Asia – have died during construction for the 2022 World Cup. Wonder what the over/under is for January 1, 2022?

Your Results May Vary: We're all rich! The Dow is at record highs! The economy is... Wait, it isn't the stock market that's up, it's Caterpillar that's up. CAT is only 4% of the index, but it accounts for more than half of the Dow's gains this year. Throw out Caterpillar, Merck and Disney and the Dow would be down for the year, not hitting new highs.

Take Two Aspirin And Call A Lawyer In The Morning: International pill pedaling giant GlaxoSmithKline has (once again) been accused of using bribery and fraud as in its marketing to doctors, hospital staff and government officials. This time in China, which claims disdain for such tactics when practiced by foreigners.

Over, The Rainbow: A federal judge has refused a petition to put gay marriages on hold in Idaho pending an appeal from the state's governor.

Chinese Fire Drill: The downturn in China's real estate sector may be the real deal, this time. In Guangzhou, property developers have been trying to overcome the slump through zero-down payments, large discounts and tax rebates. If this sounds familiar, it should. It may turn out that buying apartments in empty cities is not an effective retirement scheme.

It's BASIC: If student debt is going up, and graduates' incomes aren't, then college probably isn't worth it. 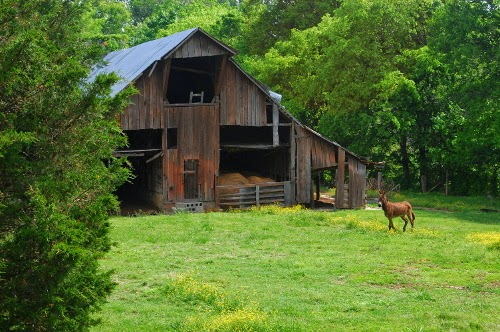 Posted by Charles Kingsley Michaelson, III at 7:34 AM

b)here's something that struck me recently - by way of background, missus charley and self receive delivery of the financial times newspaper, not because we are banksters or active investors, but because we appreciate the wide range and relative objectivity of its world news coverage

with regard to its editorials and op-eds, it contrasts favorably with its major english-language competitor, the wall street journal

our newspaper delivery service will, once in while, give us the wsj instead of the ft

and so it was that earlier this week, in the wsj story headlined 'Scientists: Ice Melt in Antartica a Big Risk', i read the following

In recent years, overall global surface temperatures haven't risen as quickly as in the past, even as emissions of so-called greenhouse gases have continued to grow, leading some skeptics to suggest that global warming has already peaked. In their view, predictions of dire future climate consequences—such as the ice melts and sea-level rises projected in the latest findings —are overblown.

the reporter seemed to think he had to throw this in - and perhaps, for the wsj audience, he did

i laughed out loud, literally