Terrorism distracts us from our real problems.
Making America Great Again! So what exactly could be wrong with having taco trucks on every corner? I know what would truly make America great again. More taco trucks. And meze. And pintxos and tapas trucks. Or some Thai trucks? Brazilian? And more! Smaller portions. affordable prices. wide variety and great taste – like any restaurant, they depend on repeat business.
Breaking News: Great Britain's Chilcot Report makes it clear that Bush and Blair both ignored multiple warnings before launching the unnecessary invasion of Iraq. Bush, specifically, lied to the country about Weapons of Mass Destruction. [We all always knew this, but it's interesting to see the truth finally being acknowledged.]
One And Done: A Ninth US Judicial Circuit appellate panel has ruled that the FTC no longer has any consumer protection authority over any company that provides “common carrier” services – that is telephone, internet, or mobile data service. That means that the FTC cannot regulate ATT, Google, Verizon, and such, and that if others – like Facebook – acquires even a small provider of internet services they, too, will be exempt from FTC regulations intended to protect the consumer.
Famous Lost Words: “It can’t be an economic collapse because the stock market is at an all-time high”.
A Parting Shot: 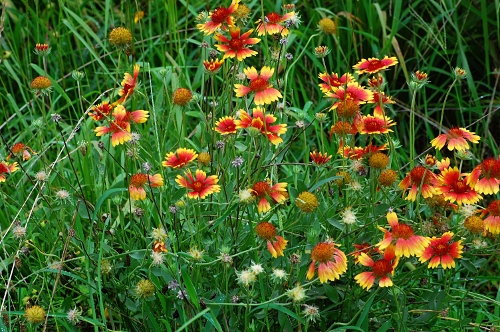 Posted by Charles Kingsley Michaelson, III at 7:22 AM

As for your desires for food trucks, come to Portland.

They are exactly what you want.

Truthfully, out here, they are a lot more reliable than restaurants

D- I've been to Portland a couple of times in the recent past & concur. - ckm

Guess us 'right coasters' are missing out...um, mighty long walk though! [The only way this guy is 'flying' to the West coast is if I sprout wings!]

Yes, Wall Street has nothing to do with Main Street [so why does the media waste our time trying to imply otherwise?]

Obama disappointed the nation by not pursuing criminal action against the Bush administration...and Hillary will play the 'statues of limitations' card.

Really starting to be a great country/planet TO BE FROM!

Not only did Bush lie to us about WMDs, somehow he and his cronies convinced Colin Powell that the weapons did exist and made a fool of him in front of the United Nations. Secretary Powell had a great deal of credibility with the American people and he could have run for the Presidency, for either party, and probably could have won, but not after they duped him into being the "fall boy" at the U.N.

Not to mention all the military personnel who were killed, wounded, and mutilated in that war, there is some truth in the fact that the Iraq war led to the creation of ISIS... and cost us a hell of a lot of money and prestige throughout the world. And we're still holding hostages in Guantanamo who are probably innocent of any crimes except the crime of being in the wrong place at the wrong time.

Bush, Cheney, Rumsfeld, and Rice have a lot to answer for, but they probably never will. Shameful.