Beginning of the end?
Say No Evil: The computer tech who set up the Clinton email server has refused to answer over 125 questions posed during a deposition ordered by a federal judge. “… might tend to incriminate me.” Or someone else.
The Maine Thing: The Tea Party's favorite governor, Paul LePage of Maine, says he will ignore the federal government and his state legislature and impose a ban the purchase of foods he doesn't approve of by Maine's food stamp recipients. If he can't do that he'll simply stop the food stamp program all together. And hold his breath for a really, really long time.
Mistaken Identity: Turkey's Erdoğan claims that Europe doesn't want Turkey as a partner because turks are Muslims. Not true, Recip, Europe doesn't want Turkey because you are in charge there.
Tone Deaf: While Great Britain was voting on the Brexit question, the EU happily went ahead and authorized a a “common border police” to impose internal border checks in the Schengen free travel area if individual member states can't control their own borders. That'll reassure the Brits who think the undemocratic EU honchos are dictatorial.
Gimme Shelter: Over 25% of US renters pay more than half their income in rent. But it's just the poor, so never mind.
A Parting Shot: 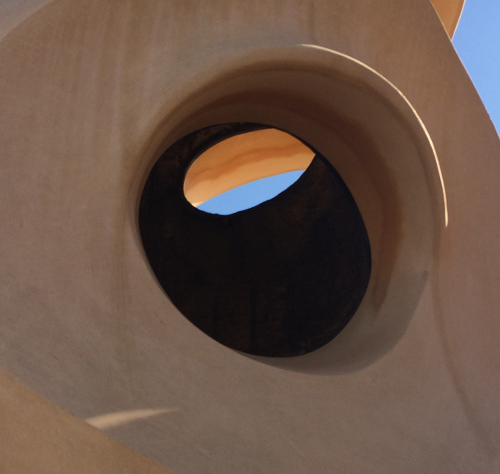 Posted by Charles Kingsley Michaelson, III at 7:38 AM

Will the Brits actually follow through with exiting from the EU? Cameron [the Queen's PM] says he'll be stepping down come October [why wait, hasn't he done enough?]

With the pound taking a pounding and stock markets reeling (for the benefit of the playa's) we can only wonder how the ripples will play out. Shouldn't be a big deal but nobody thought the assassination of a minor royal would turn into one of the most horrendous bloodbaths the world has ever seen either.

What a coincidence we're overdue for a repeat, eh?

RE "Tone Deaf": So now Greece can sit back while their pals in the EU police their border? They're already a fiefdom of Europe Inc. so what the hell. 'Course they'll probably be billed for the "service" the German police will provide but they can't repay what they owe now so, again, what the hell.

if you don't control your boarders you don't have a country.
but
somewhere in-between the xenophobia and racist positions of donald trump
and
the open boarders of the EU
is a reasonable policy of the middle.

for example, there are millions of illegal immigrants here in the usa that have children born here and these immigrants have a long record of being hard working and law biding…therefore we must find a way to let them stay,
however
today net illegal immigration is negative..more leaving than trying to enter….because of our stagnant economy.
but someday there will be waves of people trig to cross boarders , here, and around the world, again.
what should we do ?
at present i don't have an answer but totally open boarders is not on the list of the possible.
michael
olympia

You don't mean that, Michael! {About not knowing) You know in your heart the solution is one people, one world! What you SHOULD marvel over is why it doesn't exist already?

The 'illegal' thing only benefits the capitalist by allowing them to control access to the (illusory) safer, more prosperous there.

The solution is simple and its right under our noses!

SHOULD BE 'one economy' too with profits 'all around' and not just for the few that lay claim to what rightfully belongs to us all!

1. you said, "…the illegal thing benefits the capitalists.." regarding illegal immigration.

George, are you of the opinion that there would be absolutely open boarders between the USA, Canada and Mexico?
no limits as to number of people nor their educational, criminal nor work history…none?

2. you seemed to indicate that all the profits from commercial activity of every kind should be shared with all..
specifically, you said, "…profits all around not just for the few that lay claim to what rightfully belong to all of us…"

so along with notorious billionaires, like bill gates and warren buffett and sheldon adelson and the waltons and the kochs, are you willing to take a cut in your income, to share it with all the people of the world ?
or
do you have a plan for more than doubling the amount of resources extracted, energy consumed and capital productive investment around the world to yield a more than doubling of world GWP, thus generating this increased wealth "that blonds to all of us"

i believe is progressive taxation, a duty to invest home and around the world to fight poverty…my economic outlook is similar to bernie sanders. but i don't see how open boarders wealth re-distribution and singing kumbaya….we are the world gets us there. (bty i do support some wealth re-distribution.) but the simple fact is that our world is headed for a cliff…cannot support the consumption oriented, heavily materialistic lifestyle of even the "first world"..for much longer. we have pillaged the planet.

it is very likely , if you are middle age, you will live to see catastrophic economic, social and climate dislocations.

we, all the people on planet earth…. are in deep , deep trouble. we need to reduce world population, radically change our economic model from one that is debt based and maniacally growth based to one that is and sustainable and provides for economic justice and basic human needs. totally open boarders and punishing real...productive... capital investment doesn't get us there. (real…not the games played by the bankstas)

certainly a new market system that balances rewards for inventiveness hard work and creativity with social responsibility is called for.