Yea or Nay?
Eating Their Young: Lawyers, smelling money in the water, are telling fossil fuel companies that Exxon will not be the only target of climate change damages lawsuits and that the damages will be immense. At the same time there are other lawyers soliciting for clients to populate the same lawsuits.
Uncooperative: Teens in Colorado have deliberately refrained from becoming pot heads following that state's legalization of marijuana, just to piss off the Republicans.
From Our Comments Section: “It is unrealistic to think that constant monitoring of civilian communication such as emails, U.S. Post, or telephone calls would uncover activities of "lone wolves," who, by definition, act alone and on impulse with little or no specific planning other than acquisition of an automatic weapon and some ammo, unless the moment an automatic weapon is purchased (along with additional large amounts of ammo) that info is immediately related to law enforcement and the suspect is immediately followed and/or apprehended -- action that is currently unconstitutional.”
Competitive Edge: The top EU court has fined Intel $1.2 billion for bribing European computer makers not to use AMD's chips. Intel is fighting the fine with a claim that the court did not analyze “all relevant circumstances” to see whether the bribery actually worked. If it didn't, no harm no foul, right?
Advice And Consent: Mark Zuckerberg tapes over the mike and camera on his laptop. Do you?
Gunz R US: Then next time the oaf next door claims that mass shooting wouldn't happen if a lot more people carried handguns, tell him that highly trained police officers miss their targets 82% of the time. Ask him how accurate a half-drunk civilian will be in a dark bar with people screaming and running back and forth and masses of adrenaline pumping into his system, and five or six other patrons brandishing guns and shooting wildly. And then ask him if he wants to be standing there with a gun in his hand when SWAT bursts through the door. Nearly 100 people are killed by guns in the US every day. Automatic weapons are a danger, but the real danger is a Congress controlled by the gun lobby.
Protect And Self-Serve: Every day in the US, three police officers are arrested. Mostly for simple assault, drunken driving and aggravated assault, but a significant number of sexual crimes also make the list, along with stealing money in various ways. Nearly 40% of the crimes were committed while on duty.
Golden Rules: If you want to work at the Ark Encounter theme park, it is best if you are heterosexually married. Ken Ham, using $18 million of the Kentucky taxpayers' money to build his creationist wet-dream, insists prospective employees affirm they believe in creationism, disavow homosexuality and promise not to engage in premarital sex.
See No Evil: When House Democrats 'occupied' the well house and refused to disband until some effective gun legislation was passed, NRA sponsored Republicans shut down the cameras inside the US House of Representatives, depriving we the citizens (and voters) from watching 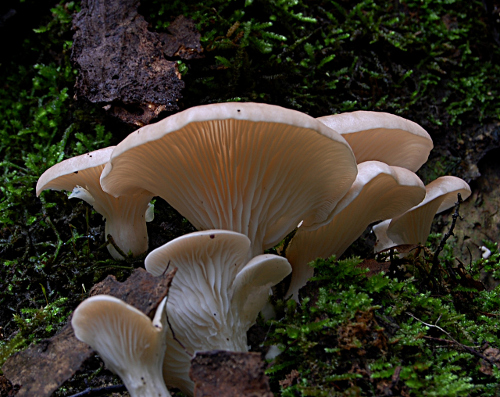 A Parting Shot:
Posted by Charles Kingsley Michaelson, III at 7:20 AM

I certainly appreciate your daily updates and the insights you provide, but I have to differ with you on the Democrats latest efforts at "gun control legislation". Here's a somewhat different take on their attacks on the Constitution and due process (rather than crafting sensible legislation restricting access to unnecessary weaponry for all of us…), see this:

and I'll just add to the above comment that this is the John Lewis who had "never seen Bernie Sanders", which is code for Bernie Sanders never offered to share any loot with him. Hillary got Goldman Sachs to pony up for John, big time. John is proud that his corruption is important enough for Goldman Sachs to brag about bagging him.

Enough with the guns already! Like their automotive counterpart, the problem isn't the instrument, it's the idiot weilding it! The proverbial 'nut behind the wheel/trigger!'

We have yet to witness a mass killing attributed to 'insane happiness' [albeit, truth be told, I seriously doubt any of us 'would know it when we saw it'...]

Widespread unhappiness, much of it directly attributable to Spirit in the Sky and those who 'displease' its adherents are responsible for the bulk of the wholesale killing...although it's not murder if you wear a uniform, regardless of your rationale or lack thereof.

Removing Spirit in the Sky from the equation, there is also the 'lunatic fringe' who weren't too tightly wrapped to begin with. Many of these individuals 'used to be' institutionalized but Republican budget cutting turned them loose to fend for themselves among the general population. [Not that institutionalizing anyone 'cures' them of anything but they are no longer a threat to society when they are under lock and key, heavily sedated.]

Then there's the few who feel aggreived by whoever's in charge, that government is preventing them from pursuing the kind of life they feel entitled to. [You can start filling in your own blanks as there are a jillion of 'em. I like to call this abberation the type that doesn't value 'civil society'. Rules aren't for them and all they want is to live life 'their way' [but they can't because society has outlawed aspects of what they want to do. (like clubbing the pretty girl down the street, dragging her into a cave, knocking her up and making her stay there while take care of the brat...in filth an squalor regardless of what SHE thinks about the whole deal.]

Looks like we cirled back to the mentally incompetent but this is of the variety that can pass for 'normal' on the surface. They can walk the walk and talk the talk with the best of us, they're just batshit crazy on the inside!

How ironic it is this personality type that often becomes a CEO for precisely this 'unique' quality? [lack of empathy]

Despite dkallem's disagreement with me, I wholly agree with him that the reeal need is for "sensible legislation restricting access to unnecessary weaponry for all of us".

Point well taken. The next revolt will not be like those of the past. The only way to resist rule by the point of a gun is to refuse to cooperate altogether.

In that respect, disarm everyone! [Starting with the uniforms and the badges.]

Thank you for highlighting a portion of my commentary from yesterday -- I feel quite honored...