When things go wrong, it is not the leaders or investment bankers who pay...

Cow/Cabbage: First US manufacturing comes in with its slowest growth in 11 months, the number of new unemployment claims is essentially stagnant, Mid-Atlantic factory activity hits a 10-month low, and sales of existing houses slip in May. Then the markets have their second worst day of the year, dropping 2% - which gets blamed on poor data from China and Europe plus the Fed's cutting its forecast for the US economy. After the close, Moody's rained on everybody's parade, downgrading 15 of the world's largest banks including BofA, JPMorgan, Citi, and even Goldman Sachs. Morgan Stanley got kicked down two notches. None of this was news nor comes a a great surprise, except to those whiz-kids who run our economy. Friday has no major announcements scheduled, so the day can be spent figuring out what it all means. Yeah, there's a bunch of European data due, but Europe is so over already.

Ignorance is Profitable: By a 26 to 73 vote, senators representing major food corporations were able to keep the public from finding out how much of their food is descended from Frankenstein.

Safety Last: Experts now - 30 trillion tons too late - say that injecting toxic crap deep into the earth is not safe and the US industries should never have been allowed to do it. It will damage all of us - but you can be sure not a single company will have to spend a dime in remediation.

On Target: The UN Special Rapporteur on extrajudicial, summary or arbitrary executions, says that Obama's use of drones threatens 50 years of international law and fears the US arrogance in assuming it has the right to tour the world killing people it doesn't like may set a bad example. To put not too fine a point on it, some - if not all - of the drone strikes certainly may constitute war crimes.

You're In The Army Now: Knee-jerking to Obama's P to KB3, The Mitten says that the only way kids illegally smuggled into the US by their parents should be able to become US citizens is if they survive a three year enlistment in the military.

Tidal Currents: Americans definitely don’t trust banks and the federal government, but do think state and local governments had “about the right” amount of power. Americans have clearly supported higher taxes on the rich and a much more punitive approach to banker compensation. Neither has happened. Americans were not clamoring to fire huge numbers of teachers, police, firemen and health service workers. Republican theologians were.

Sequestration Is As Sequestration Does: As January approaches and the federal government's purchasing officers begin gearing down in anticipation of forced sequestration of federal funds, the nation is going to find out how popular and how important federal spending is. If anything will prompt the citizens to demand tax hikes on the rich (or anyone but themselves) cutting military spending will.

Name Of The Game: Paul Krugman isn't the only one who knows what the ECB should be doing to calm the crisis. Europe's leaders are quite aware of what should be done, what is being done, and why the two diverge. There is an agenda, which essentially consists of using the crisis to force member countries to accept long-term structural reforms that the ECB wants. 'Federalizing' budgets and finances is not the goal, but a step towards that goal. Too bad the citizenry is not inclined to move in that direction.

Perspective: Greece's lawyer thinks it will take at least 1 trillion Euros to solve the eurozone's sovereign debt crisis, and that the next nation to seek help will be Cypress, not Spain nor Italy. He also sees capital controls being applied to stop the hemorrhaging from banks in the bailout-needing countries.

A Quotation: "the United States has been taken over by an amoral financial oligarchy, and the American dream of opportunity, education, and upward mobility is now largely confined to the top few percent of the population." Charles Ferguson. 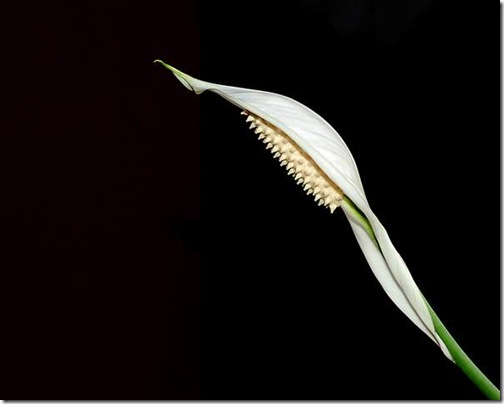 You missed one this morning sir.
Pawns deserve their recognition…because all animals are equal….
http://newsbusters.org/blogs/tim-graham/2012/06/21/unlike-2000-death-count-iraq-abc-nbc-pbs-msnbc-skip-2000-marker-afghanis

I've ordered a copy of Predator Nation by Charles Ferguson, the source of the "amoral financial oligarchy" quote you feature. I was interested to read the following about Ferguson in Wikipedia:

"A native of San Francisco, Ferguson was originally educated as a political scientist. A graduate of Lowell High School in 1972, he earned a BA in mathematics from the University of California, Berkeley in 1978, and obtained a Ph.D. in political science from M.I.T. in 1989. Ferguson then conducted postdoctoral research at MIT while also consulting to the White House, the Office of the U.S. Trade Representative, the Department of Defense, and several U.S. and European high technology firms. From 1992–1994 Ferguson was an independent consultant, providing strategic consulting to the top managements of U.S. high technology firms including Apple Inc., Xerox, Motorola, and Texas Instruments.

After selling Vermeer, Ferguson returned to research and writing. He was a visiting scholar and lecturer for several years at MIT and Berkeley, and for three years was a Senior Fellow at the Brookings Institution in Washington DC. Ferguson is the author of four books and many articles dealing with various aspects of information technology and its relationships to economic, political, and social issues."