Prices are often based on perception, not reality.

Blitzkrieg 2.0: Four EU functionaries have drafted a plan to eventually turn the eurozone into a full-fledged political federation, with the first steps revolving about rescuing banks under the authority of the ECB, with common resolution funds to... Oh, never mind, Germany opposes almost all of the proposals, so while the EU summit will discuss them this week, they are already non-starters.

Another Notch On The Control Stick: A US drone strike killed “at least” five militantsTM in Pakistan, each of whom was specifically targeted on the president's people-we-want-to-kill list.

This Little Piggy: Cyprus, squealing all the way home, became the fifth eurozone state to ask the EU for a bailout. Estimates are that it will need €5 billion, which equals about half the island's GDP.

Good Question: Where is poverty in the national agenda?

Better Question: What words best characterize a legal system that knowledgeable observers assume will not follow the law, but will advance a particular political agenda?

Everything Must Go! The European bailout for Spain's banks will be conditioned on the banks raising capital by selling off assets – ending a longstanding close interweave between the banks and Spanish corporations. Such assets are not particularly attractive at the moment, so a lot of Spanish equity – abut 10% of the country's blue-chips - will be gobbled up by rich northern neighbors.

Super Duper Secret: The ECB says it can’t release documents showing how Greece used derivatives to hide its borrowings because Goldman won't allow it and, besides, they may show that EU leaders were complicit.

Ocean, Current: Tide gauges show that the world’s oceans have risen about 7 inches in the last century, and that rate is accelerating – due to melting ice, of course, but also due to the expansion of the water as it warms. And it is warming. But the rise will not be uniform -the moon's pull, oceanic currents, the Earth's rotation and more affect where ocean wate3re piles up. And the rise and fall of the land also plays a role. The California coast is sinking, which will increase the effective sea level rise. The US East Coast is seeing the seas rise four times higher than the global average - Except off North Carolina, where sea level rise is illegal.

Excuses, Excuses: The Bank of England said that Britain's economic outlook “has worsened markedly” because of the eurozone crisis and the global slowdown taking root in the US.”

Scientificly American: An article in Scientific American, entitled “The TSA’s Dumb Air-Security Rules Are Not Based on Science: Outdated screening rules aren’t making for safer skies–just longer lines”, concludes “... the TSA’s irrational half measures and out-of-date electronics policies don’t protect us all that well from terrorists. They do, however, make life miserable for the innocent.”

Readin' & Writin': The textbooks being promoted for use in Louisiana’s for-profit charter schools (which will soon be all of them) reveal that the Loch Ness monster is real and that the Great Depression “was exaggerated by propagandists, including John Steinbek, to advance a socialist agenda.”

Deep In The Heart: In Texas, a US District Judge has decided that some laws – those that put barricades in the way of union organizing – are retroactive. 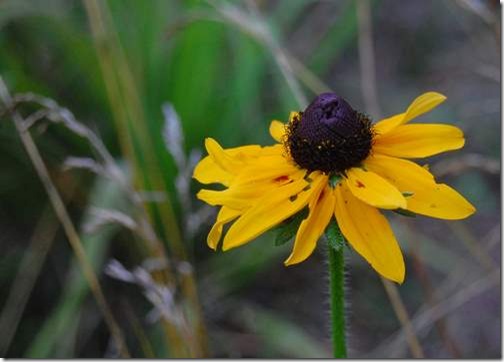 @ Readin' and Writin'...As a product of the Louisiana school system back in the 50's and 60's, I'm heartened to see that not much has changed. If you think that was bad, you should have seen the Louisiana History books with respect to the late unpleasantness---er---Civil War...