Wall Street's continuing crimes are only possible with our permission.

What Must Be Done Now to Save the Euro? The question presumes an answer, and there is none.

Fad: A week ago LIBOR was an acronym you skimmed over when you pretended to read all that paperwork that came with the mortgage refinance. Today it is the reason that CEOs of the world's largest banks are having cardboard boxes sent to their offices and legislators baying for regulation. Suddenly the highest realms of finance have become a “massive cesspit.” Well, no. They've been a massive cesspit for quite some time, it's just that the yucky stuff is beginning to seep all over the front lawn. The regulators and the politicians and the CEOs have known this for years, but until the public beheadings begin, there is no incentive to end the party. Tell me the one about “free markets” again.

Trendspotting: France, under Hollande, is seeking to impose a maximum wage for the managers of state-owned companies (which is quite a few, in France), limiting them to a salary no more than 20 times that of their lowest paid employee. Sounds good to me, but then I've seen the incompetence of corporate leadership in action.

His Master's Voice: Republicans are blocking funds from the SEC and the CFTC, which will prevent them from fulfilling their regulatory missions, thus accomplishing theirs.

Two Rights, One Wrong: Iran maintains that it has an “inalienable right” to enrich uranium – which is probably true. What is also true is that the US and Israel believe they have the inalienable right to bomb Iran if it does

Pretty Please: Iran is calling on OPEC nations to hold their production to their agreed quotas, because petroleum “prices have become irrational.” Sure, as prices drop the OPEC nations are eager to stop cheating on production...

Blather: Minority Leader Mitch McConnell (R-KY) says Republicans trying to keep 30 million Americans from getting health insurance is “not the issue”. Paul Ryan (R-WI) agrees, as does John Boehner. Not to be left out, NH Tea Party president Mike Malzone said he hopes the 5 Supreme Court Justices who ruled to support ACA “get colon cancer.” What ever happened to uniting to promote the general welfare?

Keeping Score: In all of 2011, there were only three Americans kidnapped by terrorists, and, outside of the Afghan war zone, only 2 killed by terrorists – about the same number were killed by falling TV sets. Usual prize for the closest guess as to the cost for all the security guards posted at the entrances of federal, state, and county offices, to counter the threat.

Tip Toe To The Tipping Point: The Greenland Ice sheet will turn in another record melt this year. It will soon reach the point where the summer melt covers the entire land mass, after which the ice sheet will progressively melt away. Away, in this instance, being Bangladesh.

ROI: FL Republican Governor Rick Scott’s assault on voting rights has so far netted 41 “potential noncitizens”- out of the hundreds of thousands on “the list”.

Three Questions: How can the GOP pick as their presidential candidate a man who is the poster-boy for the excesses of the brand of casino capitalism that has destroyed the savings of the middle class, enriched the very rich and doomed our economy? Why are the Democrats letting them get away with this, unchallenged? (Could it be that Romney's buddies own both parties?) 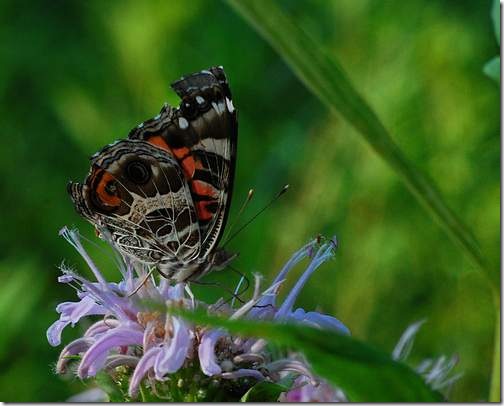 Keeping Score: I would posit that the guards surrounding public facilities are there to, er, 'dissuade' the torch and pitchfork crowd from taking matters into their own hands.

Left to our imaginations is how 'steadfast' such security will be given the employee's desperation to secure employment.

Would YOU take a bullet for $ 9 an hour?

In my long and shady history there is a chapter or two where I was occasionally part of the "protection detail" for SecDef, SecAg, and sometimes their boss. I was pretty sure I wasn't going to step in front of a bullet for any of them.

That's one of the things that has always bothered me about evil gangster empire movies - why would those guys die for Goldfinger?

Public Notice. No, I did not know what picture Yves was going to use. No, it is not a competition.