The American public has a great distrust of evidence.

Just So Story: Mitt Romney again insisted he will not release additional years of tax returns, arguing he doesn't want to give President Barack Obama more ammunition, which seems tantamount to saying that his tax returns would contain such ammunition.

My Way/Highway: Chancellor Angela Merkel continues to demand more central control over the finances of EU member states if Germany is to fund further bailouts. She said that Germany had not altered its position at last month's summit and reiterated her insistence on “a new level” of joint oversight over the banks (and countries) seeking bailouts.

Reference Point: John “Learn to be an American” Sununu was born in Cuba, the son of Palestinian/Greek father and a Salvadorian mother.

What Do You Say After You Say You're Sorry? Europe's largest bank, HSBC has apologized for certain “lapses”, such as hiding more than £10 billion in concealed Iranian transactions, laundering billions of dollars for drug cartels, terrorists and pariah states, transporting billions in cash in armored vehicles for drug cartels; and allowing Mexican drug lords to buy planes with money laundered through Cayman Islands accounts. (None of The Mitten's accounts are known to have been involved.) Lapses. And odds are that HSBC is not the Lone Ranger here.

Experience: "If you’re a head of a large private equity firm or hedge fund, your job is to make money. It’s not to create jobs. It’s not even to create a successful business – it’s to make sure that you’re maximizing returns for your investor.” Who said this, Romney or Obama? And is it criticism or praise?

Footnote: In all the excitement over HSBC's laundering money for drug lords and terrorists, the National Association of Realtors quietly – and legally - goes about doing the same thing. After all, how else will US real estate remain at its current elevated levels?

What Could Go Wrong? Engineers want to spray crap into the atmosphere to slow global warming. Setting off a few hundred nuclear weapons would do the trick. Where do you get a permit to endanger the whole world?

Jobs, Numbers, Effects: The average monthly job gain last year was about 153 thousand. So far this year, we are trending below that. It takes somewhere between 80,000 and 125,000 to break even. We may be doing that, but we are not whittling away at the millions of unemployed. There is a good chance that America has reached its peak employment and that the future - especially with the global slowdown - bodes ill for the unemployed. How this plays out in terms of social stability, especially in urban areas, will be interesting to watch. From a distance.

Poor Me...Shell says it cannot meet the EPA emission requirements set for drilling in the Arctic and wants the rules changed so it can make a profit from polluting the Arctic.

Democracy, Festering In The Dark: Republicans have triumphed in their crusade to keep the American people from knowing who's buying which politicians and what the going price is, defeating the DISCLOSE Act that would have required identification of those who spend more than $10,000 shopping for lackeys.

Enter, Laughing: How is it that bankers and traders can brazenly steal hundreds of millions of dollars from “segregated” accounts and suffer no consequences for doing so?  The same way they got away with forged documents, forged trades, forged bank statements, and global interest rate fraud. We don't have a problem with crime in our financial system; our financial system is an ongoing crime. 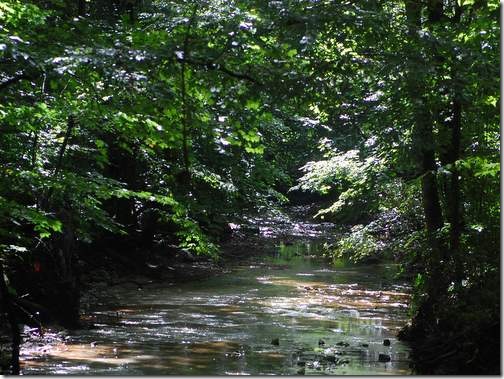 Q= Where do you get a permit to endanger the whole world?

A= Apply for a Bank Charter.