America. It's not perfect, but it's ours, so let's keep trying.

It's A Spade: The health care struggle is not about political philosophy, its about money - as is almost all politics at all levels. The Democrats want to set up a system where the government can squeeze the excess costs out of the current system so it can provide better care to more people. The Republicans want to increase the profits of health insurers and providers, even if millions of Americans have to go without decent health care coverage.

Unmasked! Bill McKibben has finally admitted that the whole 'climate change' thing is a hoax - but you've got to admire the special effects they've come up with - the record warmth all spring and now the record heat wave, the wildfires, the downpours, even the amazing windstorms.

Redundant: Americans must decide: do they pledge allegiance to money-grubbing to the promise of the United States of America?

In Another Country: The Texas Republican platform opposes protecting the environment, finds climate change not worthy of comment, calls for abolishing the EPA, wants the Voting Rights Act repealed, repudiates affirmative action, claims homosexuality “tears at the fabric of society”, has determined that God only acknowledges one-man, one-women marriage (apparently seriatum is still acceptable), and opposes “the teaching of critical thinking” because it undermines parental authority.

The Lady And... The Fed has so far successfully expanded the money supply enormously, primarily as a support for financial markets and by paying interest on excess reserves it has managed to – so far – dodge the expected inflationary effects. As long as the Fed continues to pay high enough interest rates on reserves the quantity of reserves is relatively unimportant for inflation. Getting down from the tiger's back will be the big trick, if ever the economy recovers to the point banks can get relatively safe but higher returns by lending out the money now tied up in excess reserves.

Quoted: "We're living in a time of sociopathic capitalism, where the primary, if not sole, benchmark of leadership is how much money a leader can save. Everything else is expendable. In these austere times, it's downright quaint to believe that anything has a value beyond what fits in a ledger or a spreadsheet. Profits reign so supreme now that if we have to choose between earning 50 cents and educating a student, or making 51 cents and telling the kid to go to hell, we'll gladly give the kid directions." That's Ian McGibbony and he's talking about Bobby Jindal's Louisiana, but it'll travel. 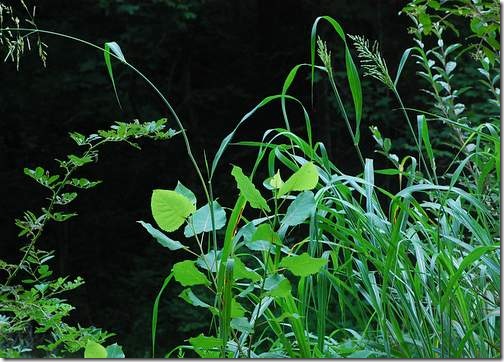 Come on now. Obamacare is a hugh gift to the Insurance companies. giving them ~15 millon new subscribers at the point of the IRS gun and doing NOTHING to control the costs. Millions are not going to be covered. Frankly, I don't think the Republicans could have given the insurance industry a better gift.

If universal coverage is the goal then single payer is the only answer.

Agreed, single payer is the only answer. The current "Obama" care doesn't live up to majority Democratic voter wishes, probably isn't what Dems in DC actually wanted, but is one of the worst "compromises" of our compromised president.

Yes, it is a massive outright gift to the insurance companies (who were left out when Bush gave the pharma pholks their giftie). And it is hard to imagine the R's could have done so much for the insurers...

Question - will the insurance companies let the R gov's reject all that money that would flow directly to them?
ckm