Libor Of Love: Morgan Stanley estimates that 11 more banks will be fined for their part in rigging Libor rates, to the cumulative tune of $22 billion.

Under Penalty Of Perjury: Swearing to false statements on federal forms – say SEC filings – is a felony under Title 18 of the US Code. We bring this up because Mr. Romney filed SEC forms claiming to be “sole stockholder, chairman of the board, chief executive officer, and president” of Bain until 2002, yet he also claims to have left the company in 1999. He also filed forms with Massachusetts saying he owned 100% of Bain through 2002 and was paid $100,000 a year through 2002. But Bain says these forms “have little meaning, and are the result of legal technicalities.” Yes, and so is the crime of false swearing.

Globalization: The uniforms to be worn by Team USA at the opening ceremonies of the Summer Olympics carry advertising, were made in China and were purchased at Walmart.

Second Helping: The people in Washington have given corporations permission to put even less money into their already chronically underfunded pension funds. It's like putting a 97 pound anorexic on a starvation diet.

Numbers, Red Hot Numbers: The DOL reports there were 350,000 initial claims last week, a big drop from the previous week's 376,500. This was a 4 day week and the DOL said "onetime factors such as fewer auto-sector layoffs than normal likely caused the sharp decline...”

Light At The End Of The Tunnel: At the end of the day, the only thing that all the bailouts have accomplished is to transfer hundreds of billions of public money to private bankers, to no effect whatsoever on the economy, on jobs, or even on the banks stability. It all went from our pockets to their pockets. Where do we go from here? The only place left is the streets - that's why the US constitution includes the right to bear arms. That light? It's the peasants, with pitchforks and torches.

Summation: Spanish Prime Minister Rajoy has taken new steps to increase unemployment, by raising taxes and cutting spending in another pointless exercise in inflicting pain on Spaniards for the amusement of German bankers.

The Back Of The Bus: Wells Fargo “resolved allegations” that it stuck at least 34,000 blacks and Hispanics with higher fees and higher interest rates than were available for whites by dipping into petty cash and paying the DOJ $175 million. A harmless slap on the wrist, considering the number of lives ruined by the nation's largest mortgage lender.

Habit Forming: For the 33rd time House Republicans have voted to deprive 30 million Americans of their health care coverage. And for the 33rd time, it makes not a bit of difference.

Background Noise: US home foreclosure filings rose 9% Q/Q in the second quarter (and 6% over the same quarter last year) for the first time in two years. Across the nation, one in 126 houses had “at least one foreclosure filing” in the quarter. But Chase analysts say they expect house prices to rise 12% by 2016, so be don't worry, be happy.

Dilemma: Paul Krugman says there are but two possible outcomes for the Euro crisis: "Either the Germans have to accept something they consider unacceptable, or they have to accept something else that they consider unacceptable." If the US is to avoid "a full-on depression", he says "Somebody has to spend more than their income, and, for the time being, that has to be the government."

In Case You Were Worried: The 5-year statute of limitations for the crimes committed by Wall Street in 2008 is fast approaching.

The Square Root Of Minus One: So you are unsure what to invest in, so you hired a financial wizard who charges you only 1% a year to put your money in Swiss and Danish banks that charge you for watching your money. Don't you feel better already? Or do you have an arrangement where if he loses money on your investments, he pays you? Naw, didn't think so.

Just So: "Remind them of this, if they want more free stuff from the government, tell them to go vote for the other guy." Mitt Romney, at a fundraiser following his speech at the NAACP. 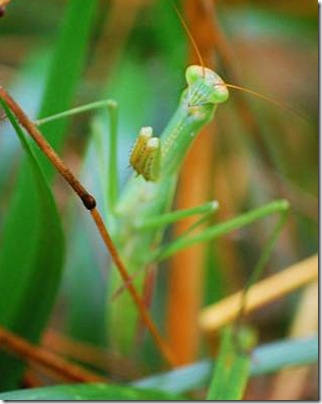 Posted by Charles Kingsley Michaelson, III at 7:29 AM

RE: Back of the Bus

Wonder how that old folksy Fart from Omaha would explain that on CNBC.