Money is essentially a matter of trust; how's that working out?

Size Matters: Republicans worry that increasing taxes causes the rich to desire less money and claim that lowering taxes on the rich will increase jobs because the rich will then have more money. But there are only a handful of 'rich' (either 0.1%, 1% or 10% of us, depending on who is counting and why) and a great big bunch of us – the other 99% - who are not rich. Cutting the tax burden on the rest of us, just a little bit, would produce more economic activity than cutting taxes on the rich. Simple multiplication. If the goal is creating more jobs, obviously the unrich are the place to start.

Never-never Land: Americans are turning to their credit cards to maintain their spending even without any increase in their income, nor any prospect of one. Naturally this is viewed as a positive for the economy.

Nose/Face: Those Republican Governors running around and blathering about rejecting Medicaid expansion are ignoring the fact that each dollar of Medicaid spending (most of which is federal money, not state) results in a $2 increase in the state's GDP - an as mjuch as 84% of the employment gains from Medicaid spending are outside the government and health-care sectors.

Shiftless: The BLS report on job openings show there are 3.5 officially unemployed people for every job opening. It's worse than that, of course, because the 'unofficial' unemployed probably outnumber those the BLS deigns to count.

The Option Play: States that opt out of Expanded Medicaid under ACA can refuse to cover low-income adults up to 133% of the federal poverty line, and could roll back their current Medicaid qualification levels without any consequences – except to the poor who would be without healthcare insurance, of course. And don't think it won't happen.

Just So: “Modern international bankers form a class of thieves the likes of which the world has never before seen. Or, indeed, imagined. ...behind the world’s financial edifice lies a reeking cesspool of unprecedented corruption. The modern-day robber barons pillage with a destructive abandon totally unfettered by law or conscience and on a scale that is almost impossible to comprehend.”

Précis "Republicans Are Shockingly Hypocritical, Irresponsible, and Flat-Out Full of Crap on Medicare Cuts." To review: Since 2010, Republicans have consistently charged Obama with cutting Medicare, while they support (and originated) the very cuts they complain about.

Extra Credit: Can the euro be saved? Should it be?

Check's In The Mail: America's chief electronic spy says that NSA “would not read their personal email if a new cybersecurity law was enacted to allow private companies to share information with the government.” What he didn't say was that it was already reading all your mail, listening to all your phone calls and reading all those tedious twits you keep sending – but if NSA can get the info from 'private companies' they do not need warrants. Not that that's bothered them all that much.

This Is Where I Came In: Customer accounts at futures brokerage PFGBest have been frozen, and about $200 million of $400 million in customer funds has been Corzined. Not so much frozen as freeze dried.

Integrity: One out of four senior financial executives say that financial professionals such as themselves need to engage in unethical or illegal conduct to succeed, and 16% said they would commit financial crime if they thought they could get away with it.

Controlled Experiment: The UK has spent more on saving the banks in a year than it has spent on science “since Jesus”. 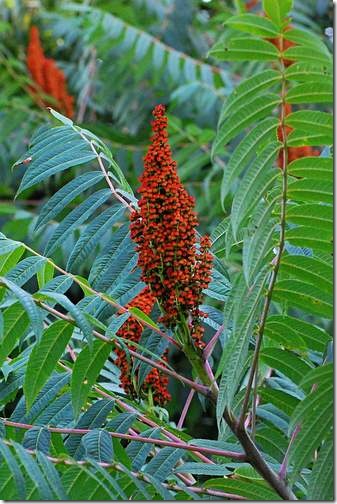 Posted by Charles Kingsley Michaelson, III at 7:36 AM

Regarding The Check's In the Mail, I can well imagine that the swine is telling the truth when he says all our emails are not stored. No indeed. They're all read and only the potentially useful ones are stored.

Integrity: ... 16% said they would commit financial crime if they thought they could get away with it.

By now with the billions which have been stolen and the billions at the disposal of these criminals shouldn't it be obvious that these gangsters are modelling their chances of being prosecuted. If one is a criminal, one would model and research one's crimes. After all, the business is Risk Management.

And this is quite easy to do, just research how many prosecutions there are for certain crimes and then calculate your chance of prosecution. And, since many judicial filings are available online, this might even be computer modelled. Bring on the Legal Quants! There may even be companies specializing in this "service", aiding and abetting crime.

Just as an example, any self respecting billionaire RE Criminal would certainly want to research how many folk have been prosecuted for say, MBS Fraud.

All of which means our dear financial analysts, even the contrarian ones, are asleep at the switch and do not realize how far the Corporate Crime Wave has advanced.

Rather in order received:

INP- I believe you've won another one & as soon as I get the coffee off the keyboard, I'll the check in the mail.

Anony 2.17 - We have a position open for an analyst. Usual rates.

Okay, so that should read: "the check's in the mail."

I'll deposit it at the Dutch Central Bank andddddddddd it's gone.