"To permit this, would be to make the professed doctrines of religious belief superior to the law of the land, and in effect to permit every citizen to become a law unto himself. The rule respondents favor would open the prospect of constitutionally required religious exemptions from civic obligations of almost every conceivable kind, ranging from compulsory military service, to the payment of taxes, to health and safety regulation such as manslaughter and child neglect laws, compulsory vaccination laws, drug laws, and traffic laws; to social welfare legislation such as minimum wage laws, child labor laws, animal cruelty laws, environmental protection laws, and laws providing for equality of opportunity for the races." Antonin Scalia, in Employment Division vs. Smith, on denying an exemption for the religious use of peyote.)

Revised Edition: The Religion Clause of the first amendment is, as of today, revised to read that “Except for the right fundamentalist Christians have tell women what they can do with their ladyparts, Congress shall make no law regarding the establishment of religion, unless 5 right-wing guys in robes agree.” A ridiculous decision that any high school debater could easily shred, simply by pointing out that under this decision, a Christian Scientist employer could refuse to pay for any health care at all and tell his employees to just pray, or an Muslim employer could insist that female employees wear burkas. The decision also confirmed that corporations have the same religious freedoms that you used to have.

Go Away, Kid, Y'Bothering Me: A State Department investigator auditing Blackwater's billion dollar contract with the US Embassy in Baghdad was told, point blank, by the head of the firm's mercenaries to pack up and go home or else he would be killed and “no one could or would do anything about it.” The Embassy agreed with Blackwater and sent the investigator home. A few weeks later several of Blackwater's hired gunslingers took it on themselves to kill 17 Iraqi civilians in Nisour Square.

Perspective: In London, the rich put spikes around parks and homes to keep the homeless from camping out and spoiling the view. In rainy Vancouver park benches designed to convert into sleeping shelters are popping up. Civilization; your mileage may vary.

Scalia Law: The Supreme Court decision did not do much to restrict the availability of contraception in this country, but it does act as a Get Out Of Jail Free card for further tries by the religious right to impose religious law on the rest of us.

My Gang: The Unitarian Universalist Association of Congregations, at their General Assembly in Providence, RI, has voted to divest their $175 million endowment from investment in all fossil fuel companies. Excepting, of course, a few shares that would allow them to express their views at stockholder meetings. 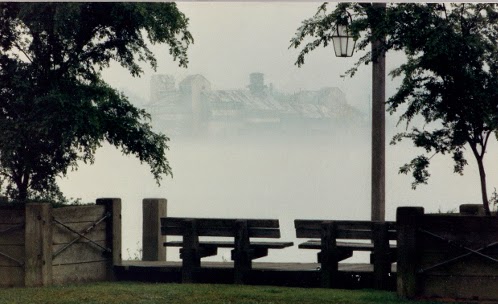 Posted by Charles Kingsley Michaelson, III at 7:06 AM