Yes, the rich are different from us — they get away with it.
The New Lexicon: According to the Supreme Court, neither 'bribery' nor 'corruption' mean what you think they do – and just in time for another Clinton administration.
Probably Not: The Brexit vote was a referendum, not a piece of legislation. The members of Parliament have heard the will of the people as expressed in the very narrow vote, but they have yet to heed it, and are under no clear compulsion to do so. There will be a lot of backing and forthing over then next couple of months, but at best it is a wait-and-see and the longer they wait the less there will be to see.
Quoted: “Starbucks — the only thing more contagious than infectious disease,”
Takes One To Know One: : Michael Hayden, retired four-star general who served as NSA director under Clinton One and Bush Two and CIA director under both Bush Two and Obama, says that Donald Trump would be “destructive for our country… and the world.”
Confirmed: When asked, most of the world says that Amerians are arrogant, greedy, and violent. So let's not ask 'em.
Broken Dreams: Having house-broken Senator Sanders, the Clinton run Democratic platform does not call for a single-payer Medicare-for-all health care system, does not endorse a ban on fracking, does not propose a carbon tax and refused to oppose the TPP and TTIP. It is also silent on the question of personal email servers for the White House.
Trainspotting: On a y/y basis, total combined traffic on US railroads during the first half of 2016 was 7.8% below 2015.
True Or False: “In a world that is increasingly dependent on technical expertise to function, we cannot afford to mistrust most experts.” False.
A Parting Shot: 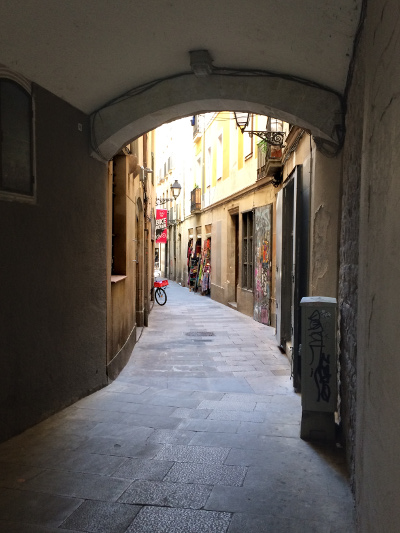 Posted by Charles Kingsley Michaelson, III at 8:05 AM

The Supremes are worse than the Walrus famed for expounding 'my words mean exactly what I want them to mean, nothing more and nothing less.'

How sad is it that a troop of clowns holds that much power?

Exactly so, after all of the panty knotting it will trun into the big nothing.

I have yet to have a cup of that 'boiled tree bark' that I don't toss after the second sip!

I think Mr. Hayden is the proverbial 'Day late and a dollar short'...

Um, we were the 'stupid Americans' before we became 'ugly'...I don't think greedy and violent are steps in the desired direction!

[Probably because we're still stupid, ugly, violent AND greedy, which is to say the list is getting longer, not 'changing'.] We haven't morphed from one to another, we just keep adding to some already unattractive labels.

I've been vindicated! Adam ruins everything did a show on the 'futility of voting' [neatly skewering the typical ignorant American voter in the process.]

So yeah, the 'fix' is in. Hillary will be our next/first Queen.

Just one of the many indicators you can't sell to the 'tapped out' consumer.

Finally, the term 'expert' is an oxymoron as it implies 'perfect knowledge'...and no such individual exist.

From today's headlines, aren't you relived to learn that the 'transgendered' can serve 'safely' in the military? [While the homeless, destitute, unemployed and uninsured can all go suck it, this is what our bought and paid for politicians spend their time on.]

I'll back away from the soapbox now...

Big Money bought government. we have the best government money can buy. most, (not all) of our elected representatives are political whores.

make no mistake about it , multinational corporations and / or their billionaire owners make financial contributions to Super-PACs and so it is now possible for wealthy people, around the world, and their foreign corporations to buy influence with american elected officials.

how could it get much worse…well…it did … as these same corporations can give members of all three branches of government lucrative "jobs" as a reward , after leaving public "service" for doing their bidding.

look at the revolving door between the FDA and big pharma or big agri. look at the big paydays for bankstas who rotate in and out of the federal reserve, or financial regulatory agencies, and huge multinational financial institutions.

Government of the people ? ppffftt

Land of the free home of the brave? b.s.

we are merely a shadow of our former selves. The big bosses use debt to keep us enslaved ( we do what we are told or else) and endless entertainment such as on-line games, on line gambling, on line shopping on line pornography, TeeVee reality shows to keep us diverted and in-attentive to our responsibility as citizens.

There is a big "leash around our neck" and it is called the "smart phone" .

the 500 largest corporations in the world and the billionaire class, IS the government.

There is only one way out of this mess…Americans must wake up and vote for a third party…i have my preferences but whether it is the Green party or the Libertarian party we must spark a peaceful revolution.

time is running out. Artificial Intelligence is making it possible of the billionaires to finish their creation of a super stasi state…

A few years back I joined in the Sierra Club effort called Beyond Coal. Today I'm happy to report that, along with market forces, we may have had a salient influence on curbing humanity's appetite for some of the planet's ancient carbon stores. Of particular note here is the 99.9% drop in market cap for the four largest U.S. coal producers since 2011. This is a pretty amazing freefall. I think it sends the right message to the investor class.