We underestimate the power of collective hatred.
The War Lovers: Now they warn that Russia could invade and over-run Poland “overnight”, and that the US must deploy more missiles, manpower and money, especially money, to the region.
Rewards: Debbie Wasserman-Schultz, having thrown the weight of the DNC behind Hillary while putting roadblocks in Bernie's path, has been chased from her place at the head of the DNC and come to roos as 'Honorary Chair' of HRC's campaign. Crime pays.
The Kill Chain: While we cannot predict where the next war will take place, we can be sure that it will. The international order has begun to fray in Northern Europe, in Central Europe and throughout the Middle East, as well as in the Asian Pacific. The coming wars will not follow the traditional rules of war; there will be little or no separation between war and peace, nor between combatants and the civilian population. Indirect confrontation through political, economic and informational warfare will accompany more conventional military efforts. Boots on the ground – traditional occupational maneuver – will give way to the destruction of energy, industrial and information systems.
Read All About It: In the Czech Republic there is a library for every 1,971 citizens. In the US it's one for every 19,583 and it's having its budget cut.
Making Waves: The USS Gerald Ford, at $13 billion and counting, is the most expensive warship ever built. It is the Navy's version of the F-35; it does not maneuver properly, cannot deliver munitions from storage to the flight deck nor mount an adequate defense of itself, and, most remarkable for an aircraft carrier, it can neither launch nor recover aircraft.
While You Were Out: Global trade numbers have been adjusted downward. What had been reported as 'recovery' had actually stalled out about two years ago. Trade volumes have been shrinking for the last two months. Go refigure.
The Base: On those rare occasions when The Donald talks about something other than his own greatness, he addresses the disastrous series of trade agreements that has gutted Main Street, the failed military adventures that have drained our treasury and filled our streets with homeless vets, and the vast gap between Americans and the rich. And each of these hold votes. Votes he will get in November. Votes from the people that both the Republicans and the Democrats have forgotten.
Rights, Right: The government says that there is no requirement that people be told when the government intercepts and reads their emails because it can do so without a warrant.
A Parting Shot: 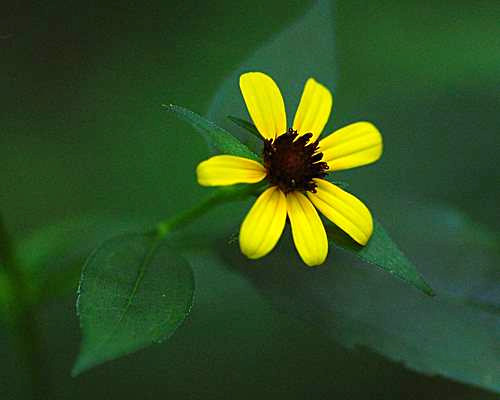 Posted by Charles Kingsley Michaelson, III at 6:37 AM

As we discussed here a few months ago, when you peel back the Trump BS, bile, and scary supporters, we in fact find several assessment I am in substantial agreement with.

This is of course the recipe for right wing populism - a mix of unambiguous common-man unity that would sound almost leftist, were it not accompanied with racial and nativist ranting, and authoritarian impulses and cult of personality.

I stopped reading Kunstler years ago, but to his credit, he saw clearly Trump coming, long before even the Tea Party was trying on its new arms & legs.

It is fun to watch the right's electorate deprogram itself a bit. Starting with the Tea Party, which was largely incoherent and easily co-opted. But still in its "keep government out of medicare" slogans, there was the nascent stirrings of awakening. With Trump, his supporters are starting to sound out words that were treasonous sacrilege only a few short years ago.

We may need to find common cause with Trump supporters. Because, as the corporatist-dominated parties come increasingly unglued, where do you think those elite leaders will turn? Towards each other of course. The pretense of division between parties has been dropping for years (hidden behind a couple social schisms, that the elites will work around and may never really have cared that much about anyway). Mr's Rubin and Dimon have more in common with the Koch's than either have with the middle class right or left. It is no surprise that Ms. Wasserman-Schultz's husband is, wait for it, a banker... not a union shop steward.

So, abandoned and harassed from both ends, the "middle" - the corporatist elite that span both parties - will fully drop the pretense and make overt what has long been covert: our rule by a single banker/polluter party.

What remains to be seen is whether the rest of us can form a cohesive group to oppose this, and whether that group is dominated from the right or the left.

That IS one refreshing thing about Trump, he is clearly relatively socially liberal, and it is nice to see much of that social conservativism take a back seat for a while, and hear the right talk about economic populism instead of gay marriage and creationism.

Which leaves another open question: what WILL the religious right do, if abandoned both by the economic elites, and by a populist middle class party, both of whom must jettison right wing social pretenses in order to make their new coalitions work?

In any case, even fs we disagree about the cure, it is refreshing is to hear both left and right start to share a common diagnosis.

For the record, I have no illusions that we are on the cusp of some new worker's party. The elite have far too many tools to distract us, control us, and stampede us long before that could unfold. Still, it's best to try and enjoy the show.

The old joke about former president Ford was he played a few too many football games without a helmet...so it's irony/karma that the vessel named after him would also suffer from a certain 'lack of gracefulness'.

Um, I wouldn't worry too much about religion, we seem in no immediate danger of running out of, er, 'the intellectually challenged.' I would opine we are very much in danger of seeing a 'resurgence' of religious fanaticism in an insane attempt to 'match' what is perceived as the 'terrorist threat'.

And since it is perception alone that separates the average citizen from a terrorist we will indeed see war 'transform' into the wanton slaughter of civilians in the NAME OF combatting 'terrorism'.

So police murdering civilians is only the beginning of this 'authority off the leash' phenomenon.

Worse, there's no way to stop it [using the current system.]

I agree with Mc Mike's assessment that the pretense of two parties is dropping BUT this is NOT a 'good thing' by any stretch of the imagination because we had (suffered) 'single party rule' before but back then we called it monarchy!

Worse, other places where 'single party' is 'the norm' call themselves communist but that's a lie as they too have devolved into dictatorship.

Hillary is the nominee -- I'm crying huge tears for Bernie. He did show a lot of class by giving HRC ALL of Vermont's delegation votes and by asking the Democrats to support her in the national election.
I hope he can still affect the party platform, but I'm afraid that, in reality, he will now be considered a "has-been."

"The saddest words of mice and men are these: What might have been."

CKM, you are a machine sir. Money my man


Co65. Indeed, Bernie has done the right right thing, finally acted with class, did what was best for the party, blah blah blah.

Not sure what sort of horse head Hilary left in Bern's bed, but he turned his back on the movement he ignited, and he traded only a few removable party planks in exchange for kissing the ring. Very disappointing, selling his followers short for such chump change.

Alas, his followers have decided to continue the revolution without him. The followers become the leaders. So thanks for taking us this far Bern - seriously - but bye bye now and don't let the door hit you in the backside. Apparently, the movement was not yours to sell.

RE "The Base" and comments: Agreed. Much seems to be made of Trumps little populist deviations from what passes for the current "pure" Republican creed. But other than his narcissism, authoritarian rants, and racism I don't think ANYTHING the Donald says actually represents firmly held core belief. Indeed, does he have any real core beliefs at all(other than the exceptions noted above)? More than any politician I've seen he seems to be the living embodiment of pure perception management, Saying (and thinking) whatever he thinks fits the venue du jour. If he's elected, I certainly won't count on anything that smacks of "populism" lasting more than a heartbeat after his inauguration. Sadly, I have the same expectations from Hillary given her track record.