The extraordinary has become the new normal.


Best Friends: The US/NATO airbase at Incirlik airbase at Adana,Turkey has been surrounded by 7,000 of Erdogan's troops who are conducting a “safety inspection.” This after Erdogan told the US Director of National Intelligence to “know your place.” The servants are getting uppity.
Panting On Fire: First The Donald said the NFL sent him a letter complaining about the fall presidential debate schedule and they said they didn't. Then Mellow Yellow then said he declined to attend the Koch brothers' conservative donors' conference and they said he wasn't invited. Finally he claimed he had sacrificed as much as the parents of a dead soldier by creating thousands of jobs while going bankrupt and getting rich. He also doesn't understand why he doesn't get praised for raising $6 million for veterans just because he didn't.
Unluck Of The Irish: Ireland has sentenced three top officers of Anglo Irish bank to jail for up to three years over their part in the 2008 banking meltdown,. They only cost their taxpayers 64 billion euros and go to jail for a few years; ours got a way with more, did more damage and got to go to the Hamptons.
Recovery, Yea! Second quarter US GDP growth rate was 1.2% (less than half the expected 2.6%) while the unemployment rate has declined to 4.9%, leading some to suggest that GDP growth in the near term could collapse to near zero, as the non-consumer portion is actually shrinking into negative territory.
Home Sweat Home: Home ownership in the US is at its lowest level in over 50 years.
Welfare Welfare: In 2011 -2012, the Cameron government forced welfare recipients to work a 30-hour week without pay for various companies and charities in order to qualify for a £73 benefit. That works out to about $3.50 an hour for the 'unemployed' and a whole lot more for the real beneficiaries.
Plate Techtonicked: Australia is now not only 'down under', it's over a little bit, too.
Porn O'Graph: Less is more.
A Parting Shot: 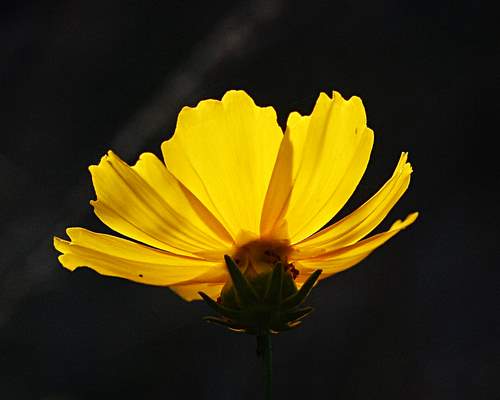 Posted by Charles Kingsley Michaelson, III at 7:40 AM

Mellow Yellow: With all the lies, and disclaimers, for a second there I thought it was the missing 6 or so million that our fair haired ex Republican Goldwater girl miss-appropriated from aid for Haiti.

In keeping with today's headline the wheels are flying the 'traditional' social model as homeownership is directly related to the community tax base (along with taxes on local businesses) Now we have more 'emergency services' [mostly police] than ever before and crumbling infrastructure but more billionaires than ever before!

Our civilization is being savagely mismanaged and our politicians turn a blind eye to the whole situation.

our politicians are doing very well, thank you. no blind eyes in their acceptance of lobbyists point of view, and the laws lobbyists write for this "political" ownership. No searching in the dark for these revolving door elites. The Moneyed Elites know who enacts the laws they write for our Congresscritters.


after all Health Point wrote the ACA/ Obamacare, aka Romneycare in Mass., for Sen Max Baucus's staffers and insured an open revolving door for his "staffers." Some who went directly back to Health Point after writing this subsidy for Health Insurance Companies, et al. and of course, Obama put the "Public Option/Medicare for All" finally to bed after such help from these "blinded by the Money" option.
The Black Overseer of the American Plantation is proud to help the Elites, and Hillary is anxiously awaiting to show how much better a Woman Overseer will be. such joy awaits the 99% with the TINA that is Neoliberalism/Austerity.

as Mark Twain said. the only criminal class in America is "Congress".


just look to Central America for a foretaste of what our continually "Corrupt Congress" portends for the 99% who will have to live under the aegis of Corporate Capitalism. which is also one reason these "immigrants" migrate to America. United Brands et al have made Central and South America the most violent places in the world. and they don't even have a 2nd Amendment!!! Corportocracy at its' finest.

we haven't got a clue what we are in for. just ask Central Americans how well "Business Profits before People" works out. Money, Money, Money makes the world go round, and is killing everything under the guise of Profits, Profits, and more Profits. Ain't Capitalism Grand?

Home Owners - I can see why the ownwership rate is down, with the price structure for everything doubling while wages go sideways. We have forgone far too much to stay in our house, mostly because of all the pets we were thick-headed enough to save from the street. I have also seen that rents are up in the 60% range since 2000, and that will put a lot more people a check away from living in a car or in the street.

I can't wait to see what the next version of clowngress does to the tatters of the 'safety net'. Serf based america is going to be an ugly place to live out the golden years.