Silence is not an option.
Dominoes Anyone? Richard Hanna of Syracuse, NY has become to first GOP Congressman to announce he would be voting for Hillary Clinton because the Republican candidate was “deeply flawed”. Or, as French President Hollande diplomatically put it, Trump's “excesses make you want to retch.” It works both ways, though; Trump is refusing to support Paul Ryan and John McCain and anyone else who doesn't kiss his... ring.
Another One: Now it turns out that flossing after every meal is not necessary. In fact, flossing doesn't seem to be necessary. Based on 25 separate studies, scientists conclude that brushing will do.
Politics Inaction: In February, Obama asked congress for $1.9 billion to fight the Zika virus. The GOP said fine, “here's $1.1 billion but some of that will have to go for veterans health and more for military spending and it will all have to come out of funding for Planned Parenthood.” Obama said, 'No, this is an emergency, we need the funds for Zika research and prevention.' And Congress went on recess. Now the admirable former GOP presidential candidate Marco Rubio, who had declared he would not run for the Senate again, is running for the Senate again because ““This is not a time for games.” and trying to force Obama to spend money that hasn't been allocated by the congress. Welcome back, Marco.
Fearless: Researches have found that stock market traders essentially feel no fear. Nor shame, apparently.
------------
One of the most important current stories is that of the events unraveling in Turkey. Long time readers will recall that I have harped on Erdogan's thirst for power and dominance for years. Rather than offer a prognostication – I've no idea how all this plays out other than badly – here are some current headlines for your entertainment:
Turkey: Erdogan Takes Charge Of Military
Turkish military surrounds NATO/US nuclear base
Erdogan blames 'foreign powers' for coup and says West is supporting terrorism.
Turkey Threatens To Stop Providing Protection For Refugees If Turks Can’t Get Visa-Free Travel
Turkey just banned 50,000 from leaving the country.
Germany rejects Turkish ‘blackmail’ over visas. 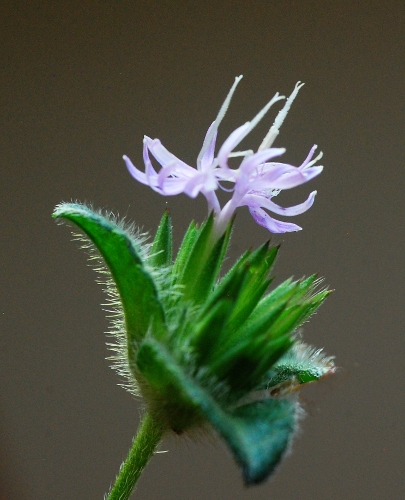 Posted by Charles Kingsley Michaelson, III at 7:24 AM

Happy Hump-day! Sorry I'm late but I had stuff to do this AM...not particularly interesting stuff..per se but forgvie me for not sharing.

So the 'hand waving' [a.k.a 'distractions'] continue. I'm 'on record' as predicting our next president will be female so none of this should come as a surprise to anyone.

Wall Street's darling will be coronated in January and mark the 13th stolen election since the groundwork was laid for Morning in America back in 1968.

In yet another election cycle that hasn't mentioned the working class, never mind the working poor [that makes up the bulk of the working class.] we have the candidate for the majority sex leading polls we can only imagine are being conducted exclusively at nursing homes SPECIALIZING in care for dementia patients! {They all think they're voting for Ike!}

This won't stop until WE put a stop to it!

Don't waste your time voting, the election took place 40 years ago and YOU weren't invited!

Time for a STRIKE!

[Okay, back to the reservation...]

Anonymous here,
Apparently I'm the only one drinking tonight, so I'll take the torch and make a wild comparison between the American Dental Association and Blue Lives Mater.

So, a meta analysis says that flossing is not conclusively beneficial within the claims constantly hammered home by your local dental hygienist. One would think the ADA would come out and say they are shocked, and that they were going to fund an independent study to confirm or refute the findings, because after-all, the most important thing is the dental health of John Q Brushs a'Lot. It's so inconsequential, it's not as though the flossing lobby will sabotage the dental profession. But nay, they go ahead and throw shade on the study. Why is this? Because rather than representing their patients, they care more about their stature and authority status.

Here's the connection. It is oddly familiar to when some gun slinger with a badge opts to murder kill a citizen of color and his/her brothers/sisters in blue opt to close ranks rather than make the obvious claim that their order might have been infiltrated by someone ill equipped for the job. Being a cop is probably more tricky than it seems.

Sometimes you accept the wrong dogma when it comes to oral health, sometimes an individual who roasted insects with a magnifying glass gets a badge and ends up shooting an unarmed person for no reason. It happens, better to have the sane among your crew fess up because the nature of your job is to prevent periodontal disease/unnecessary use of force. I'm done here.

RE "Politics Inaction": No surprise about Rubio. These days you have to know that any statement made by Rubio or any "leading" member of the GOP is a bullshit soundbite opportunity of the moment. It will be interesting though to see how things shake-out with the voters after years of a do-nothing Republican congress (PLUS the addition of their little Trump problem) - case in point - old tea party favorite Tim Huelskamp lost in the Kansas primary to a "moderate" Republican; if there truly is such an animal these days. A reason sited for his loss. . . he wouldn't cooperate with other members of his own party on little things like the Farm Bill (Kansans sorta like that bit of big government) . . . so he IS stupid in addition to being a conceited ass.