Wearing a clown suit does not make you funny.
On The Record: Seven months ago a federal judge ordered the State Department to release Clinton's daily appointment schedules. They will be released in November. After the coronation election.
Slight Of Hand: Mylan's EpiPen discount card and patient payment assistance plan is an outright sham. Yes they will give you, providing you are poor enough to qualify and persistent enough to jump the paperwork hoops, help with your co-pay, but they intend to stick the insurance companies with the full price - $608. Sure they said they were cutting it by half; they lied were being frugal with the truth.
The Ultimate Device: The Apple watch has an app that reminds you to breathe, just in case...
Pesky Petitioners: A GOP-sponsored Arizona law requires that all of the people who gathered signatures for a citizen-based ballot initiative must be present in court for any and all the legal challenges that Republicans can come up with to prevent actual democracy from taking place. The AZ Secretary of State, Republican (surprise!) Michele Reagan, wants to change the law so as to shorten the time citizens have to file initiatives.
The Ultimate Device: The Apple watch has an app that reminds you to breathe, just in case...
Dixie, Deep In The Heart Of: At Cheatham Hill Elementary Schoold in Marietta, Georgia, a white teacher used a 'game' to illustrate the Underground Railroad. The only black child in the class, a 10-year old girl, was repeatedly made the role of an escaped slave who was caught, returned to the plantation and beaten. Educational, very educational.
Health Savings: Republican lawmakers claim to love unborn babies -- until saving actual fetuses starts costing actual money, then the mommies should love the microcephlic, knowing that they did their part to control spending and save money for war profiteers.
Revised Standard Edition: The only thing the Clintons have to fear are the FAQs.
Clip & Save: “‘The the Trans-Pacific [Partnership], which has some serious flaws, will not be acted upon this year.” Senate Majority Leader Mitch McConnell.
Yoga Class: Clinton, or her surrogates, used BleachBit to wipe her personal server's hard drive, a product designed to make things you do not want anyone to see disappear completely. Not notes about cookie recipies or your yoga class.
Business Plain: "I know that when we look at the overall U.S. population, it seems like things are getting better. But when you start breaking it down and you look at that core consumer that we serve on the lower economic scale that's out there, things have not gotten any better for her, and arguably, they're worse because rents are accelerating, healthcare is accelerating." - Dollar General CEO, Todd Vasos
First Do Some Harm: A woman who was bleeding from a dislodged IUD was turned away from a Catholic because birth control devices are immoral and reprehensible and better she should bleed to death than they should be contaminated with a birth control device.
Odds Are: If Las Vegas citizens want a home-town pro football team they will have to come up with $750 million to bribe a bunch of billionaires to bring a team there to make outrageous profits while slowly killing their gladiators players. Seems like a good deal – for the owners, of course.
A Parting Shot: 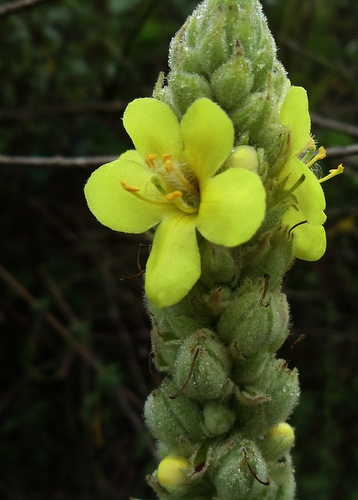 Posted by Charles Kingsley Michaelson, III at 7:23 AM

Hadn't read anything by Glen Ford before, but I will be from now on.

The ubiquitous dollar stores that have become the 'lifeline' of a wide swath of the population indeed 'tells it like it is'.

Prices go up, paychecks go down [overall, they're still 'right-sizing' as fast as their greedy little hearts can!]

And yeah, when nobody can live in the 'economic desert' all hell will break loose.

It's not just the markets that can remain 'irrational' MUCH LONGER than you/the average joe can remain solvent.

The Catholic church-run hospitals have always had strange policies. In 1980, I was 7 months pregnant and started bleeding profusely. I was taken by ambulance to the same Catholic hospital that I was born in. They determined that the fetus had died in utero. Because of their policies, there was nothing to be done about it. Making the dead fetus come out was labeled an abortion. I was shuffled to another hospital and asked for $600 up front for treatment. I had Medicaid, but that hospital did not accept it. I sat in front of the constantly opening and closing front doors, wearing just a hospital gown with below zero temperatures outside. After hours of this, I frantically and in tears, called back the doc at the Catholic hospital. She decided to help me even though she said she would get in trouble for it. She used something to induce labor. I was on the maternity ward. No nurse would come anywhere near me. The fetus came out while I was squated over a bed pan. Even then, no one would come to my room. It was one of the most horrific days of my life....all because it was equated with an abortion by their definition. I learned that human decency and compassion was not what religion or healthcare was all about. Sad.

it should be clear to all who are even remotely "awake" that the medical-pharma-insurance complex is a shakedown operation...rife with corruption on many levels. and they get away with it cause they have bought "influence" with our elected representatives and high level appointees who participate in a revolving door between government "service" and then a return to big pay-off jobs in the industries they were previously "hired" by government to regulate.

Last July, milwaukee journal-sentinel found that over 2/3rds of the cancer drugs marketed by pharma at great cost to the patient did not extend life and frequently caused people to develop terrible side effects damaging what little quality of life they had left.

truly criminal...depraved. the corrupting influence of big money - multinational corporations, all around us, has compromised the FDA and most the rest of government.

this is why , here in washington state, we have a volunteer powered, organization, called WAmend that gathered over 300,000 signatures to put "initiative 735" on the ballot (citizen made law) that would make our state the 18th state to call for a constitutional amendment to overturn the disastrous supreme court decision of "citizens united"....a decision which made it legal for BIG MONEY to buy government.

here is the first step:
our constitution requires that 34 states are needed to call upon congress to take action to bring back meaningful campaign finance reform and overturn the specious idea that unlimited and secret political campaign spending is protected "free-speech"

is your state one of the 17 that have already taken action ? if so, lets help the others get organized so we can get back "government of the people" rather than government of the big briefcase full of money. please act to save your...our...country.

in solidarity
michael of olympia

ah, don't you just love the new and improved America we now live in, bought and paid for by Money, Religion and other forces(the Owners) imposed on us from above. too bad there isn't a god. justice, mercy and all that would be nice to believe in, or hope for. American Exceptionalism is so "exceptional."

the story of the woman above is something that should go viral. Religion is such a Mortal danger to us all. the truth is so much stranger than any fiction i've read. too bad we will never get 34 states to change any laws protecting the Rich and Powerful. they already own enough states to stop any threat to their "profits."

Once Clinton gets coronated, any revolution will be sold to the highest bidder, probably using hedge funds or with Goldman Sachs okay. of course the revolution probably will have to wait till November, too.

wow, just wow. reading your blog is such a shock.

Re "Business Plain": See, high paid CEOs CAN recognize when the serfs are in trouble. When sliding profits threaten their bonus.