Sometimes war is the lesser evil.
Quoted: “I think our biggest problem in society is we're headed more and more toward a two-tiered society. That is, creating welfare for the wealthy and destroying opportunities for the disadvantaged.” Charles Koch
On The Road: US factory orders fell 5.6% y/y in July, making it 20 consecutive months of decline. Such serious and continued declines have regularly ended in recessions.
Lying Eyes: Donald Trump has repeatedly described a video he claims was made by the Iranian government of the arrival in Tehran of a plane with $400 million in ransom paid by Obama. Except the video was not shot by the Iranians, was shot in Geneva, and was not of cash but of 3 of the 4 Americans released by the Iranians. And the cash was in settlement of a 1979 weapons deal that went awry. Other than these few details, the Donald nailed it.
Asked & Answered: “How Dangerous Is Deutsche Bank To Stability?” How far is up?
Precociously: Trying to put make the Donald's insulting of the Khan family go away, his PR flack Katrina Pierson explained that Captain Khan's death was due to President Obama's flawed military strategy. Too bad that the captain died in 2004
Blackmail: Comcast says that if you want them to preserve your privacy, you have to pay them. Makes you wonder if they've got pictures.
Finally: A judge has ruled that the executives who ran Sports Authority into the ground should not get $2.85 billion in bonuses. They lawyers argued that the bonuses were essential to ensure that the executives could squeeze the most money as possible before they wash their hands of responsibility.
Wetter Water: Nestle has built a huge bottling plant that will annually take 35 million gallons of city water and put it in cute little plastic bottles with a catchy label and sell them for more than a buck a bottle. In Phoenix, which is in the middle of the desert and in the middle of a drought.
That's My Boy: Pope Francis has described capitalism as “terrorism against all of humanity.”
The Parting Shot: 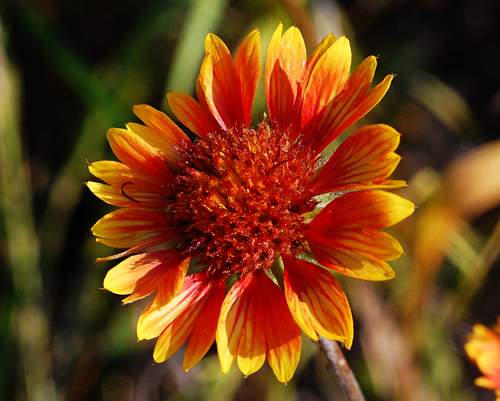 Posted by Charles Kingsley Michaelson, III at 7:14 AM

That's My Boy
Perhaps.....Remorse is a dish best served cold. Did I get that right? Francis does seem to have a way with words.
wm

I too will begin at the end and echo your praise of a man that has been a long time coming. While the pundits have blamed 'unbridled' capitalism for our socio-economic woes, the pontiff is correct when he belabors the obvious: F-U, Pay ME! is a pox on humanity. [as superbly exemplified in today's entries 'Finally' and 'Wetter Water'.]

Add in 'Quoted' and 'On the Road' and a fuller picture emerges. In a world rapidly being overrun by 'competitors' isn't it time we stop 'competing' and start co-operating?

Hey, if I recall correctly, didn't you make some deal to only post every other day? Something about staying sane and enjoying life, or somethin...

@ Will, Um, I think the word you're fishing for is 'revenge'...either that or I'm missing something.

lol, no wonder they hated "liberation theology" in the 60's, When Jesus is on the poor people's side, you know things are really "bad." to have a Catholic Pope say such things! Pope Francis days are clearly numbered. just like JFK, MLK and any of those other "do gooders." all those murdered priests and nuns in Central America were clearly ahead of their times.

well, these are the end times, climate wise, so might as well have the truth out there. not that any newspaper/media company will repeat what Pope Francis says. lest the Owners have any kind of blowback.

glad to see the posts, whenever they are there.

Trump is becoming an obsession.

It has become an addiction -- what stupid thing did he say or do today that will be worse than what he did or said yesterday. Today's gaffe is to mention that he will add his daughter to his cabinet when he becomes President. I have to wonder what cabinet post he has in mind -- Sec of Agriculture, Sec of State, Sec of Treasury? And what will he do with those two sons of his, you know the ones who travel around killing exotic animals for fun? Perhaps he'll put them in charge of Guantanamo so they can torture people rather than animals. And I suppose he has other "mad-cap" relatives who will have to be given high-up positions in government despite their complete ignorance of geography, history, military strategy and, in particular, diplomacy.

I actually have started having nightmares of Trump having parties at the White House similar to those that Hefner used to hold at his mansion. Babes in miniscule bathing suits, lots of liquor, and, yes, you too can have sex in the Lincoln bedroom -- for a price. Instead of a bowling alley in the basement there will be orgies... All in the best of taste, of course. And that's just the first week in the White House. Trump may even find the fourth Mrs. Trump, after all, Melania is getting a little old and she embarrassed Donald by copying parts of Michelle Obama's speech, so she may be on the way out...

It will all be a far cry from the dignity and respect we've come to expect from the Obama family and it will keep our minds off the strings Donald will be pulling behind the scenes to feather his own nest before he has to leave the White House. There are deals to be made, you know. People to be pardoned for the right price, National Parks to be ruined by drilling and fracking, the sale of naming rights for the Brooklyn Bridge, things none of us even thought of or anticipated... the Art of the Deal indeed.

So you can understand my insomnia. I can't wait until this election is over.

Blackmail- They most certainly have pictures, and there is no way in hell anyone has enough money to stay private. Why, even the courts have said we have no reasonable expectation of privacy anywhere near the internet.